China Has Had Enough With Rumors.

News websites using social media as their primary source of information are the target of this crackdown. Government officials have officially released a statement saying that online newspapers are not to release any story taking its source from social media unless told otherwise by the Cyberspace Administration.

Because of the number of fake stories that got the attention of a great too many people to the taste of the Party.

“All levels of the cyberspace administration must earnestly fulfill their management responsibility for internet content, strengthen supervision and investigation, severely probe and handle fake and nonfactual news,”

The Chinese central power hold onto the Internet is strong. There are to be no troublemakers in the government plan for a “harmonious” society. First of the list are the western newspaper such as the Times who revealed just how rich the Chinese political elite is, and social networks like Facebook and Twitter.

In this particular case it is however a domestic case. And it is somehow hard to feel too bad to feel sorry for some of the newspaper involved. As they deliberately reported fishy stories just in order to profit from it.

Kuaishou is a short-video platform similar to Douyin. Unlike its more upscale competitor which targets big brands as well as urban youth, Kuaishou is primarily aimed at lower-tier cities, rural populations, and migrant workers who use the app for comedy videos or live-streaming of mundane tasks like daily trips. Since February 2021, Kuaishou has gone… 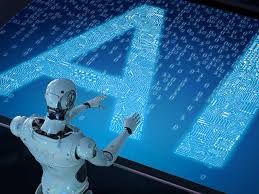 Douyin, regarded as a clone of its US counterpart Musical.ly, is a short-video App with powerful editing capabilities. Indeed, it enables users to add music and effects to their videos in order to make them more interesting. Douyin was launched in September 2016 and took off in 2017, reaching over 100 million users within a…