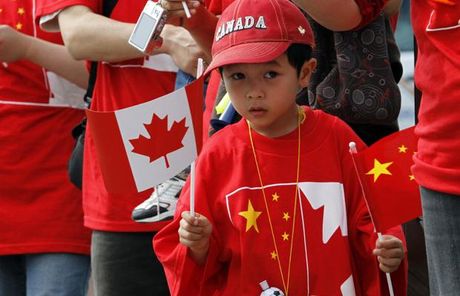 ONE-THIRD OF ALL VANCOUVER HOMES SOLD IN 2015 ARE CHINESE

Nowadays, we see a lot more Canadian citizens who can’t afford to buy a house in their hometown because of its price, even while they are well-remunerated. This is the case of Kevin Oke, co-founder of LlamaZoo Interactive who left Vancouver for Victoria while earning a generous salary as a lead designer at a video-company whose clients included Atari and Ubisoft Entertainment SA.

Unfortunately, he is not the only one. Lots of young people are leaving Canada’s big cities because of the rise of the housing price. This move causes worries to these cities since it can struggle these places’ economy, especially in Vancouver and Toronto where the housing bubble is already getting bigger and bigger.

Show can this phenomenon be explained? Why do the one living there can’t afford to buy a house in their city? The explication is simple: Chinese investors are worried about the instable situation of the Chinese Renminbi (RMB) and the declining economy, so their solution to preserve their savings is to send them abroad by investing in foreign real estate (Read also “Where Chinese buy overseas properties?”).

Why are they choosing Canada as destination? The first reason to such an attraction for the Canadian market is because the country’s situation is considered as good and safe. Canadian real estate market is comparable to the US one, and there has always been a migration move from Asia to the West coast of Canada. Since wealthy Chinese are investing in the real estate there, the prices are still going up, attracting more and more investors and this creating an important housing bubble. Some cities are entering a new technologic era such as Waterloo or Ontario, which also overheat the house market.

To resume in some numbers:

The bottom line here is that Chinese investors are willing to invest a lot where their money can be safe and fruitful. As a real estate promotor, it can be very interesting to demonstrate the advantages of investing in overseas housing.